New York Style Sausage Co. began in 1951, when newlyweds Frank and Tina D’Ambrosio moved from New Haven, Connecticut to Palo Alto, California. Although they loved California, they had difficulty finding quality food items at the local markets, which they were accustomed to back east. This was especially true for meats, which were necessary for the fine Italian dinners that Tina often prepared. 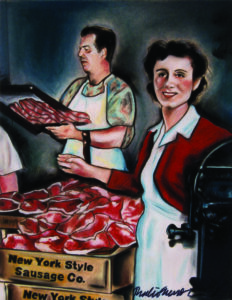 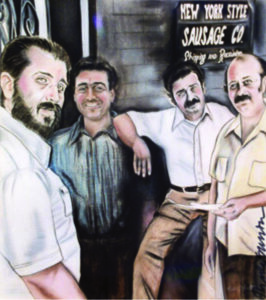 Both frustrated by this, followed by a brief argument, Tina suggested that Frank should start making his own Italian sausage, since he was so unhappy with what Tina had been bringing home from the local grocery store. With the very first batch being ground and mixed by hand, Frank began to make sausage right out of his own garage. Then he decided to sample out his creation to local restaurants and pizzerias, where it became a winner almost overnight. When they asked what kind of sausage it was, Frank simply replied, “you know, like back east…New York Style”. And thus the company and its name, was born.

Frank continued to build the business by purchasing some machinery and also had his four sons to help make up the labor force. In 1971, His sons took the reins and the company grew into what it is today: the largest, and still the number one, manufacturer of fresh Italian sausage in the Northern California.